back to main chart index

In no particular order
previous chart
next chart
01 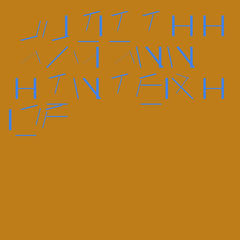 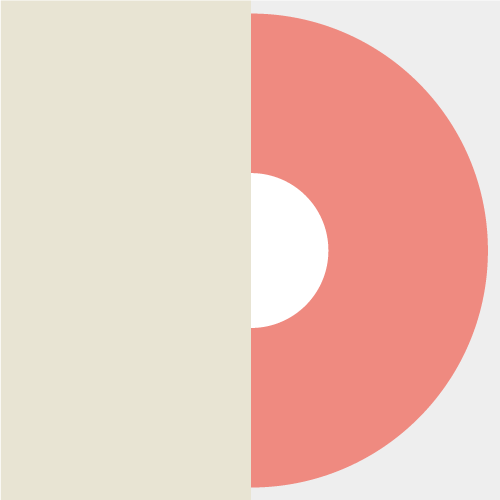 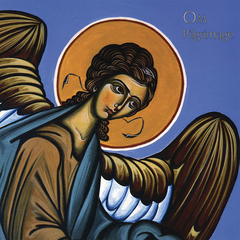 Play all (4)
OM Pilgrimage Southern Lord Dark Ambient / Drone / Metal
04
OM — Pilgrimage (Southern Lord)
Two thirds of drone-metal pioneers Sleep, Chris Hakius and Al Cisneros didn't exactly have to try too hard to get the press write about their latest project Om. With only drums and bass guitar the two proceeded to re-think the drone-metal/stoner rock genre and there couldn't have been a better time to do it, suddenly as if by accident the world had begun to appreciate 20 minutes drones, and while this might be down to Emusic's download policy, it left the door open for Om to take control of the scene. With two albums on their own Holy Mountain label the duo did just that, incorporating spiritual sounds, psychedelic rock and of course classic metal to create a droning symphony that captured the hearts of critics and musos everywhere. Obviously then there's been a fair bit of anticipation in regard to this latest full-length, especially since the duo have moved to the Southern Lord label, who right now seem to be hoovering up the best avant-metallers in the genre. Also worth noting is that 'Pilgrimage' has been recorded by none other than the legendary Steve Albini, the man behind more great albums than you can shake a stick at, so it should come as little surprise that the record sounds quite different from Om's previous output. That isn't to say that 'Pilgrimage' is a departure from their crushing cyclic rock sound, it truly isn't, but they have perfected something they have always been hinting at, and the recording - all raw, loud and clear in true Albini style - is better than it has ever been. The album kicks off with the spiritual almost-raga like title track which twists, turns and weaves its way through its ten minute duration, without so much as a distorted note throughout. This is Om unplugged and catches them on a spiritual high, it's not like they haven't approached this before but rarely has it sounded so convincing, sounding like an open letter to some pagan God or other, countersigned by Christopher Lee and Edward Woodward. It might not be the full-on metal onslaught which many Southern Lord listeners may have been pining for, but with this one track they have already laid waste to so many pretenders in the scene and created something which sidesteps any lazy genre classifications. Don't worry though distortion junkies, the second track 'Unitive Knowledge of the Godhead' sees Hakius and Cisneros stomping their vintage distortion pedal switches and going into overdriven stoner rock mode, and rarely has it sounded this convincing. Like Sleater Kinney's similarly Albini-engineered album 'The Woods' we get LOUD and BASS-HEAVY production and Om sound now unlike the sludgy pioneers Earth or even Sabbath, coming across like a hardcore band at the wrong speed or a 70s psychedelic act with balls. This sentiment is carried over into the album's finest track 'Bhima's Theme' which is as heavy a tune as the duo have ever managed - twelve glorious minutes of overdriven bass, thick percussion and wavering psychedelic vocals. This is metal from the oldschool, rock music from a time when it wasn't indebted to hairspray or face paint, and in that it manages to be something not new, but much needed. By the time the record finishes on a reprise of the title track, re-introducing themes from the opener in a typically cyclic manner there's little to do but turn your amp up to eleven and play the whole thing again. Heavy rocks... more
Play All (4)
Full product details
05 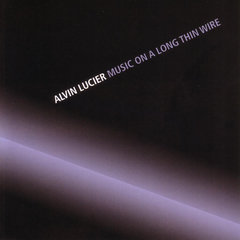 We take the security of our website and of your transactions extremely seriously.  We encrypt all traffic involving personal data with industry-standard SSL certificates and we are also PCI compliant - meaning that we follow all current data security standards and undergo weekly scans monitoring our security status.

Additionally, we do not store any card details at all, all payments are handled using a system of Tokenisation which is an industry-standard method of secure payment handling. When you place an order with us payment is either handled via your Paypal account or if you choose to pay by credit/debit card we create a "Token" with your payment details which is stored by the Bank payment gateway. When you return to make a purchase it basically reactivates the "Token" so no details need to be entered again and those details are not stored by us.

Estimated shipping dates are accurate to the best of our knowledge, based on the latest stock information made available to us from the supplier. Available items should ship to you within the time-frame indicated. If there are any unforeseen issues with availability we will notify you immediately.

Free Shipping: We offer free postage on orders over £50.00 to the UK sent via Royal Mail.*

*To qualify for free postage the order must be sent as one package. Therefore, all items must be in stock or you should be happy to wait until all items become available to ship so they can be sent as one package. Downloads and Gift Vouchers do not count towards free shipping. Please note that Pre-Orders do not count towards free shipping as their release dates are liable to fluctuate.

If your order contains items that have different estimated shipping dates (for example, ‘available to pre-order’, ‘in stock’, ‘available to ship in 1-3 days’) you will be given an option either to wait for everything to become available to ship in one package, or to ship each item as soon as it becomes available.  Stock arrives at the office throughout the day so the stock status of items on the website can change several times a day.

Important Note: all items that are not currently displaying as In Stock need to be ordered in from our suppliers and the estimated shipping dates are only an indication of when we expect those items to come into stock. If there are any unforeseen issues with availability we will notify you immediately.

At checkout you are able to select a premium packaging option for a fee of £1.50. We pack all of our orders using appropriate packaging, however when you pick this option we use a wider cruciform offering additional protection if you have a particularly heavy-handed postman.

1.  First Class Royal Mail - for UK and for International orders: The package will be delivered by your national postal service.

Royal Mail sets limits on the weight of packages, so if the order becomes too heavy to ship in one package the order will be split into two or more packages. The packages will be marked accordingly, for example, if an order has to be sent over two packages the packages would be labelled ‘1 of 2’ and ‘2 of 2’.

This comprises a flat box fee for UK (and some European countries), and a sliding scale based on weight for other countries. Parcelforce is a Monday - Friday service. Packages sent via Parcelforce can be tracked here: http://www.parcelforce.com/track-trace

Parcelforce can only ship to PO boxes in certain countries, details can be found once you have made your country selection at checkout.

Once you have added items to your crate you can select your country and choose either to send everything in one package or to ship as soon as the items become available. At this point the total given is a guide to the cost and more shipping configurations are available once you have logged in and proceeded to checkout. At the checkout you will still be able to add or take away items from the crate and change/compare your shipping options.

Pre-orders are treated as separate packages to items that are either in stock or available to order. If pre-orders share the same release date then they can be ordered and shipped together. However pre-order release dates are liable to change, if you have ordered two pre-orders with the same date to ship together and then one release date gets pushed back, we will ship the available pre-order straight away and the second pre-order as soon as it becomes available with no extra shipping charge.

If you choose to ship your order across more than one package you can select the Royal Mail service for one package and Parcelforce courier for the other.

* if an individual item weighs more than 2kg and you are outside of the UK the package must be sent via courier as Royal Mail sets a 2kg limit on packages.

* Royal Mail covers postage all countries, however Parcelforce is not available in every country.

If an order does not arrive, we can issue a replacement package. In the UK we consider a package to be missing after 15 working days. Most international orders are considered missing after 25 working days with the exception of France, South America and Africa - packages to these destinations are considered missing after 60 working days. Before we can issue a replacement, customers must have checked with their local depot/sorting office to see if their package is awaiting pick up. If we think there is an issue with the shipping address, or that packages are being stolen in the post, we reserve the right to refuse future orders to these addresses.

If a package is returned to us because of an incomplete address, or because it was not collected from a local depot, we will have to charge you again in order to re-send it.  We will get in touch with you before any package is re-sent.

The delivery times below are estimates.  A lot depends on the efficiency of your local post service.

UK (inc. Northern Ireland): 1 working day except for highlands of Scotland and parts of Scotland, please get in touch for further information.

Eastern Europe: 3-6 working days for most countries but can take up to 7 days for other countries, please get in touch for further information.

Rest of World: 2-7 working days for most countries, please get in touch for further information

Please note shipping times can vary within a country depending on the area - for further information please get in touch.

Please note that the estimated shipping times above can be affected by circumstances beyond our control such as bad weather, delays at customs, busy times of year etc.

If you require further information or assistance then please contact us.

Physical Products have different types of stock availability, for example:

If your order contains items that have different estimated shipping dates you will be given an option either to wait for everything to become available to ship in one package, or to ship each item as soon as it becomes available. Stock arrives at the office throughout the day so the stock status of items on the website can change several times a day.

Important Note: all items that are not currently displaying as In Stock need to be ordered in from our suppliers and the estimated shipping dates are only an indication of when we expect those items to come into stock. If there are any unforeseen issues with availability we will notify you immediately.

At checkout you are able to select a premium packaging option for a fee of £1.50. We pack all of our orders using appropriate packaging, however when you pick this option we use a wider cruciform offering additional protection if you have a particularly heavy-handed postman.

For Visa/Mastercard, the three-digit CVV (Card Verification Value) number is printed on the signature panel on the back of the card immediately after the card's account number.